Announced in mid-2015, on 23 July 2016 a referendum was held in Great Britain on whether or not to break with the European Union, the Brexit. Slightly more than half of the participating voters voted for the Brexit. Since then, a period of economic uncertainty followed. This is not discussed in this article. Here we look at the price development of classic cars at auctions since then and at changes in the price of the pound.

END_OF_DOCUMENT_TOKEN_TO_BE_REPLACED

Young sports cars are sought after by enthusiasts, collectors and investors. Many have the expectation that special sports cars of, say, 10 years old will increase in value over time. One takes the older sports cars as an example. However, it is not a foregone conclusion that the ‘young’ sports cars will increase significantly in value in the long term. So what are the chances for a 10-year-old or new special car to become a precious classic car in 30 years?

END_OF_DOCUMENT_TOKEN_TO_BE_REPLACED 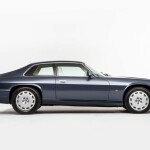 There are enthusiasts who invest in relatively ‘young’ sports cars. In addition to the interest in the exciting possibilities inherent in them, other factors play a role in the purchase of these cars. They are, for example, more affordable than a factory-new model – although there are notable exceptions. Some buyers have the expectation that these 10 to 15 year old cars will increase in value in the coming years. The fun of having the car combined with a profitable investment. But what is the basis of this expectation that the cars will rise in value?

END_OF_DOCUMENT_TOKEN_TO_BE_REPLACED

In 1968 the first ‘more affordable Ferrari’ appeared on the market. The car, however, did not bear the name Ferrari; it was called Dino. Of this model, in various iterations, 3,914 cars were produced up until 1974. The car was not only a successful showroom model for the Italian manufacturer – as it’s matured, the Dino has appealed to classic car enthusiasts and slowly became a less ‘affordable’ car. In fact, the value increased more than other, once more expensive Ferraris. It is obvious that the Dino attracts enthusiasts but is the purchase of such a car a good investment?