The Lancia Aurelia is one of the most famous cars of this Italian marque. From the original sporting streamlined coupe, a Spider version was born in the mid-‘50s, later replaced by the Aurelia Convertible. Both cars are among the most beloved classics, however there is a large price difference between the two cars. That raises questions – most importantly: Why is the price difference so large?

It’s that time of year when we look back on the past 12 months and take stock. With that in mind we invited Dr. Vincent van der Vinne, author of ‘Investing in Cars,’ to look back on what has been an exciting year for auction houses around the world.

To begin our look back at the year, let’s start with a list of the most expensive classic cars sold at auction in 2017. In compiling this top 10 list, I’ve set some criteria. First of all, the list only includes cars that were actually sold at auction, so it does not include cars that were sold after an auction. This means that the Jaguar E-Type Lightweight ex-Team Cunningham, offered at auctioned by Bonhams in August is not in the top 10 – as the car was sold after the auction for $8 million. Also, for the purpose of this list, cars younger than 10 years of age are not included in the overview. This applies to the Ferrari LaFerrari Aperta that RM Sotheby’s auctioned for more than $10 million in September. This car was also auctioned off for charity, which naturally had a significant impact on the hammer price. Below right is the top 10 of 2017: 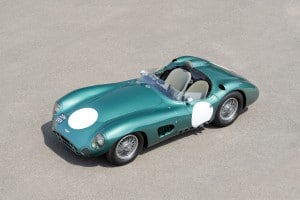 BMW is well known for its sports and luxury cars. If you’re looking for a new or young sporty BMW, you have got plenty of choice, perhaps a Z3, Z8, Z4 or a sporty 3-, 5- and 6-series and the M versions thereof. One of the rare (and perhaps more interesting) cars you could buy is the BMW M1.

Read more at the site of JBR Capital

The 1980s are characterized by economic stagnation, followed by recovery and then strong growth in the economy, with the stock exchange tripling in that decade. From the mid-1980s, money was spent like flowing water. As a result, the prices of classic cars rose rapidly. But car enthusiasts also started to gain interest in new supercars. Potential customers were clambering over each other to be able to buy such a car. Porsche presented the 959 in 1983, followed by Ferrari in 1987 with the F40. Bugatti was revived and Jaguar announced the XJ220.