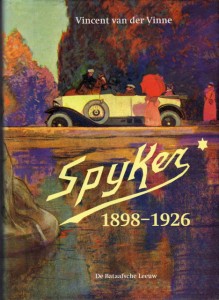 In 1880 the Spyker brothers started a carriage factory. With the advent of the motorised car, they switched to the production of cars. Not nearly all inventions launched by the Amsterdam company were a success, but the development of the four wheel drive in 1903 and the first standing six cylinder in the same year brought Spyker international recognition. Soon after, the dust shield chassis followed. Spyker exported to various countries among which the United Kingdom. Eventually, however, exclusive car sales proved disappointing and in 1926 the factory ceased to exist. Spyker 1898-1926 is the standard work on this Dutch car company.